Civilization dates back to the Paleolithic Period in what is now present-day Uzbekistan. The region was conquered by the Arabs in 711 CE, and later by the Mongols and Genghis Khan in the 13th century. Turkic-Mongol tribes from Siberia most likely brought the name Uzbek to the region, settling near the Syr Darya river in the 15th century. The Uzbek tribesman conquered cities in the region, uprooting the sitting Timurids, and giving way to the Shaybanid dynasty which ruled for a century, exerting a strong Uzbek influence. The following dynasty, the Ashtarkhanid, lost control of the region to Iran, and became divided into three separate tribal khanates. The Russians began invading in the 19th century, with Uzbek territory completely in Russian hands by 1875 and becoming part of Russian Turkistan. Under the Russians, industrialization quickly came to the region. The Russian Revolution of 1917 sent the region into turmoil, with various movements vying for control, and the Russians fighting insurrections. In 1921, the communists once again held power in the region, which was redrawn by the Russians along ethnic lines in 1924. Two of those created territories were Uzbekistan and Karakalpakstan, the latter being annexed to Uzbekistan in 1936, though remaining an autonomous republic. Struggle continued as communist purges exacted damage among the Uzbek population. During World War II, Russia relocated thousands of Polish, Russian and Jewish cultural figures to Uzbekistan. The death of Stalin brought Uzbekistan back into world politics, though the Communist Party of Uzbekistan has retained control of the country's leadership. Uzbekistan is an arid country, with most of the population living in the eastern Fergana Valley. Portions of western Uzbekistan have been effected due to the environmental poisoning of the area near the Aral Sea. The country's chief industries are cotton and natural gas. 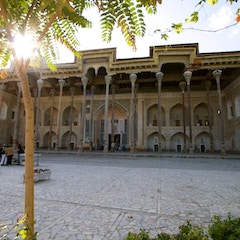 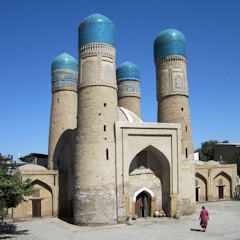 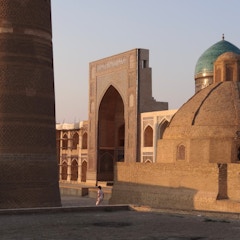 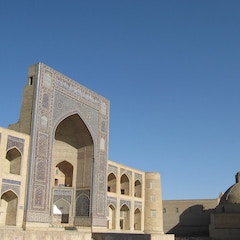 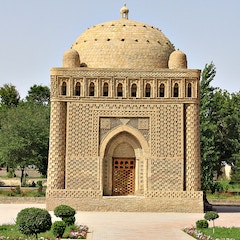