The modern kingdom of Belgium lies at the crossroads of northeastern Europe, bounded on the northwest by the North Sea, on the north and northeast by The Netherlands, on the east by Germany, on the southeast by Luxembourg, and on the southwest and west by France. The area has historically been held by Celtic Belgae and Germanic tribes, Romans, Frankish-Merovingians, Carolingians, then various feudal states. Many independent cities evolved there in medieval times. Burgundy ruled it in the 14th century, then the Hapsburgs from 1482. Since 1831 it has been a representative, and constitutional monarchy. Densely populated and heavily urbanized, it has a rich mix of cultures. The official languages are Dutch (or Flemish), mainly spoken in the north, French, mainly spoken in the south, and German. 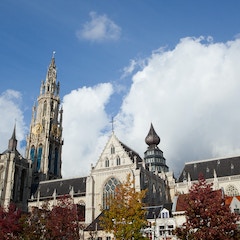 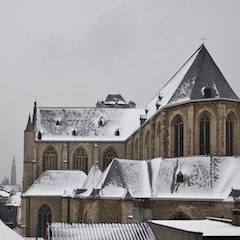 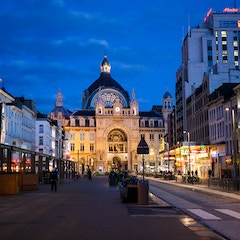 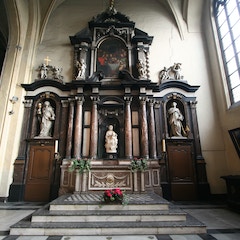 Church of Our Lady
Bruges, Belgium 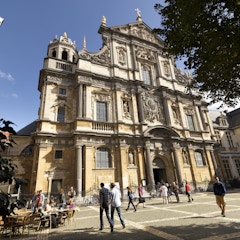 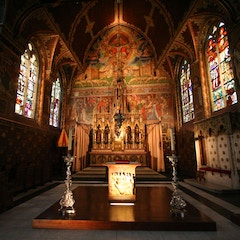 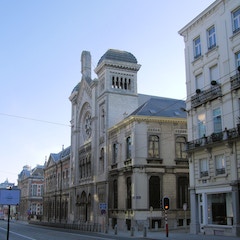