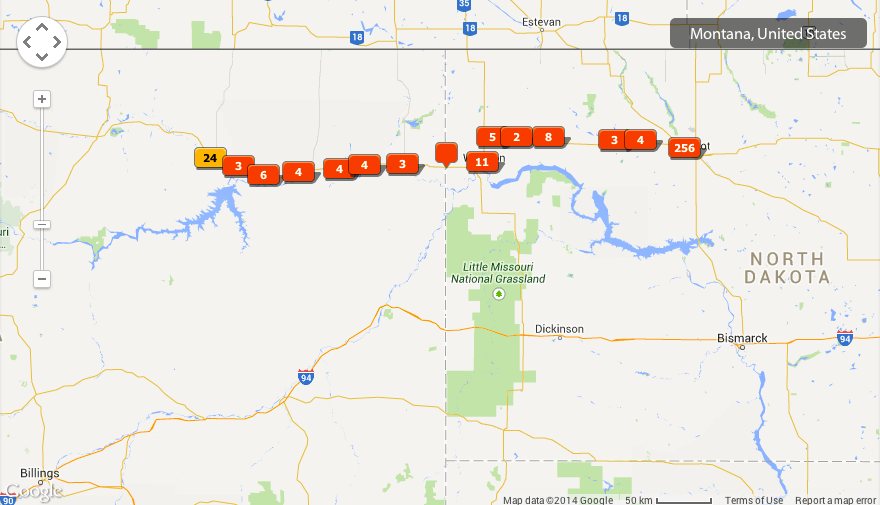 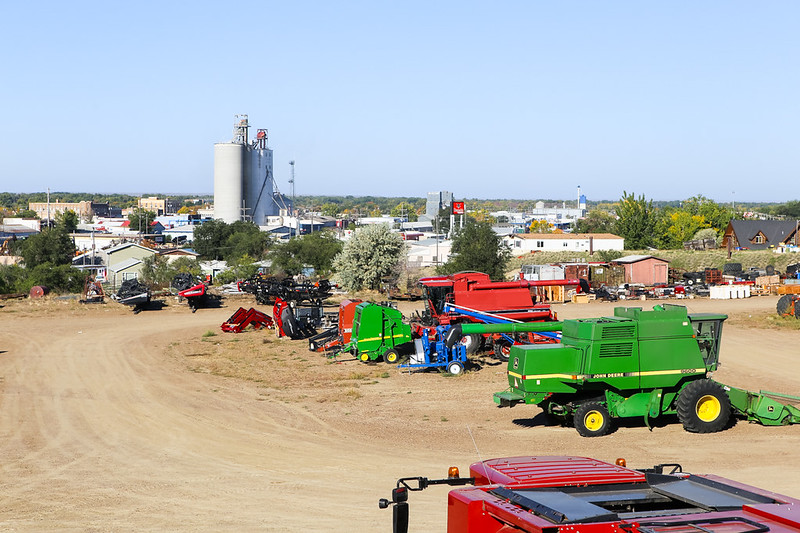 Morning view from my hotel room in Shelby, Montana. 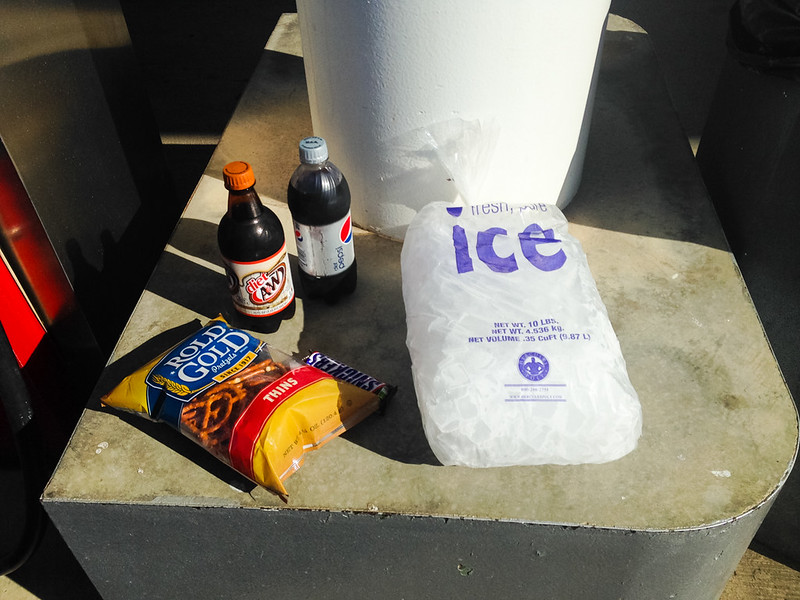 Part of the usual morning routine: stop at a gas station to fill up the tank, scrub bugs from the windshield, fill cooler with ice, and get snacks for the road. 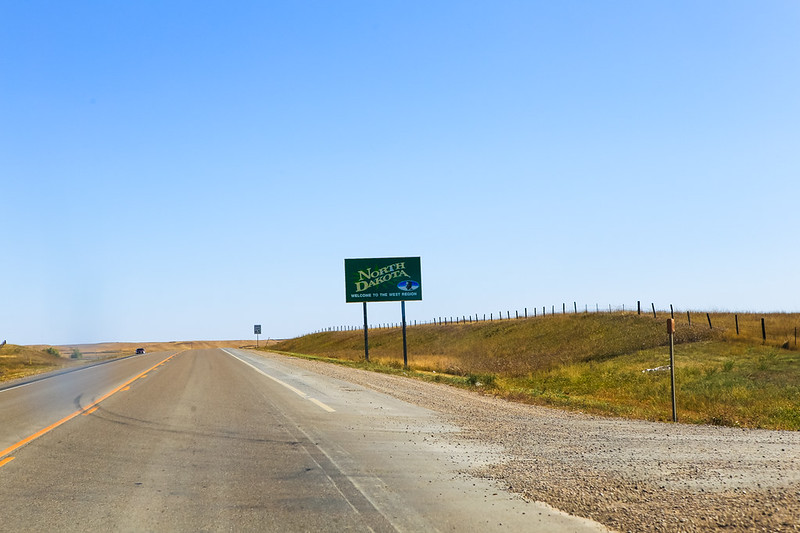 See ya next time, Montana! 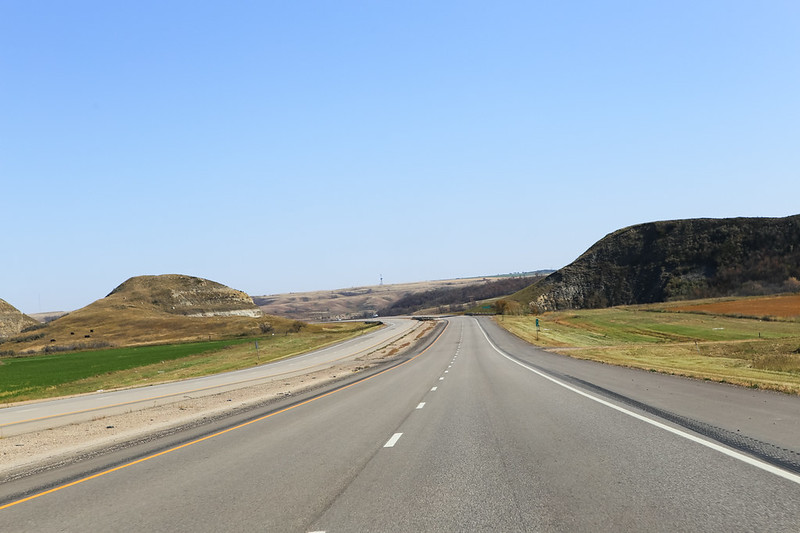 Not much changed across the state line, but the two-lane highway became a four-lane divided highway. Well done, North Dakota! 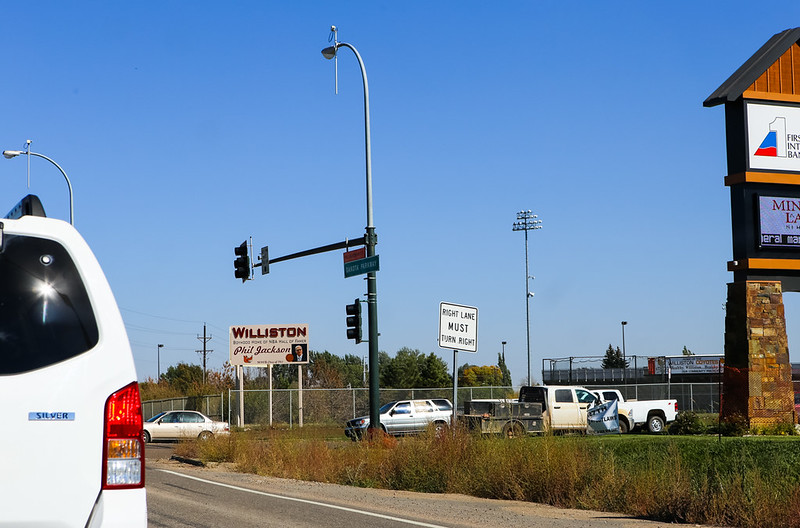 Williston is proud to be the home of Phil Jackson.

I made excellent time (thanks to those nice highways seen above) and arrived at Minot in the mid-afternoon. I would have driven a little further but there wasn't any decent lodging for at least another 100 miles!

Being a French name, I assumed "Minot" was pronounced "ME-no." You know, like pinot noir? But nope, it's "MY-not." Ha! No fancy Frenchiness in North Dakota, thank you very much.

Minot has a population of 40,000, making it the fourth-largest city in the state. It is the home of actor Josh Duhamel, as I learned from a magazine article framed on the wall of a restaurant. He is quoted as saying that he always thought Minot was a big city until he left North Dakota. 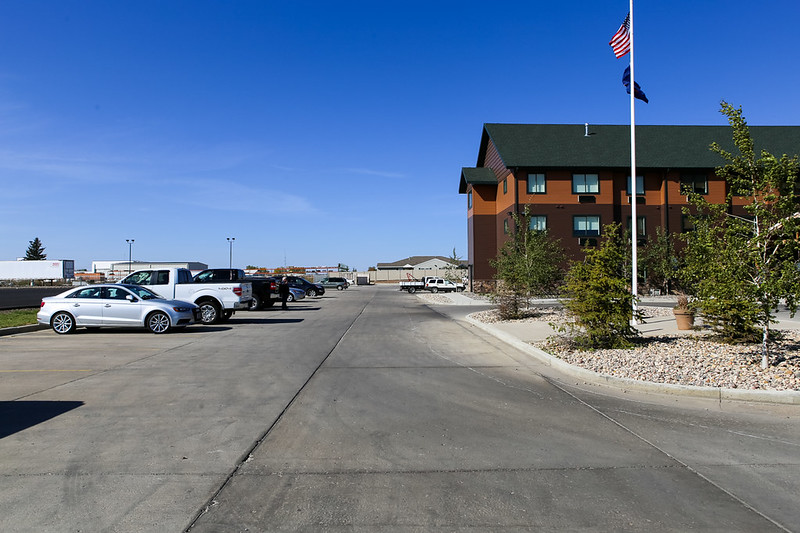 Surprisingly for such a small town in North Dakota, I was so happy with my hotel, the Noble Inn. 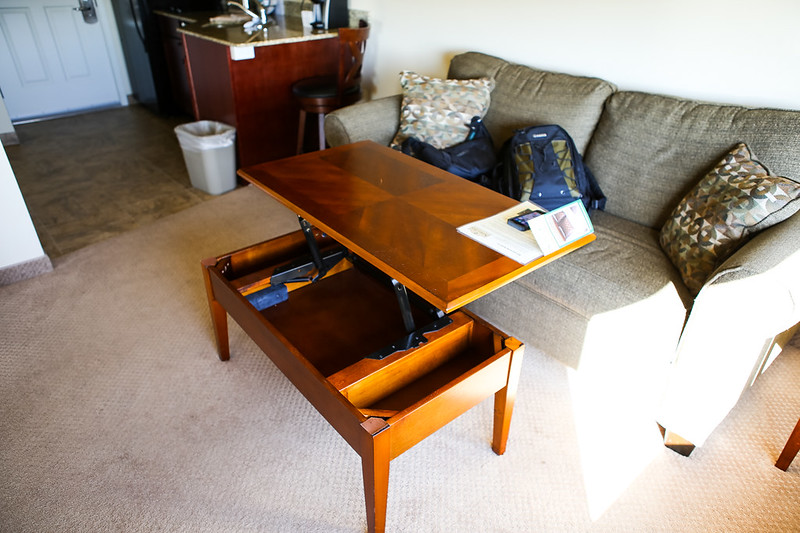 The entire hotel was very new, my room was clean and huge, and check out this awesome table/desk! 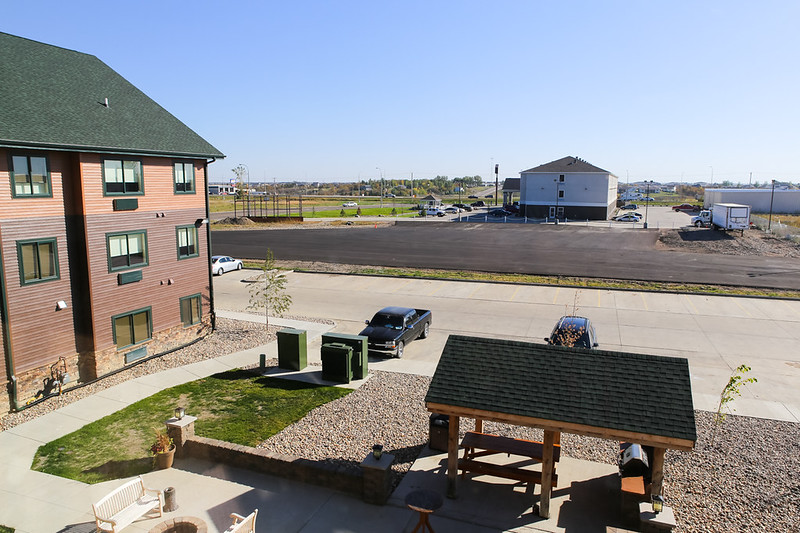 View from my room. 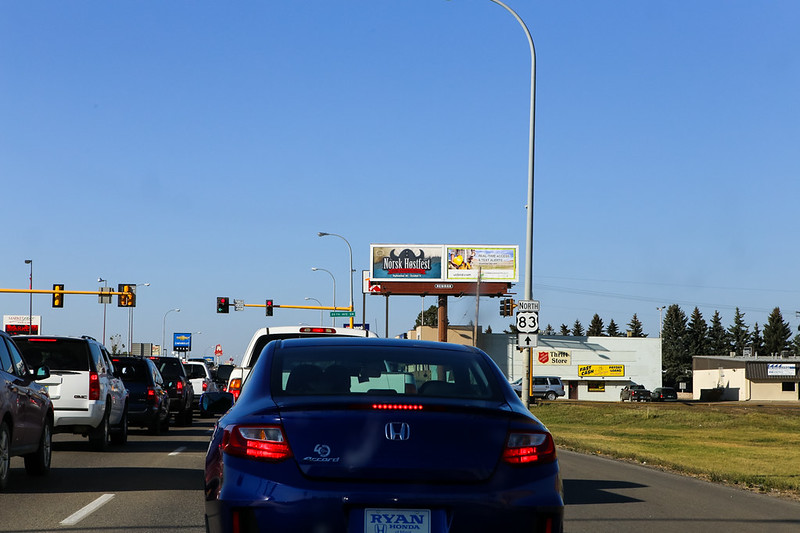 Heading downtown for some exploring and dinner. Note the billboard advertising the Norsk Hostfest (tagline: "Pure Scandimonium!") - I was bummed to be too early for it by just a day. 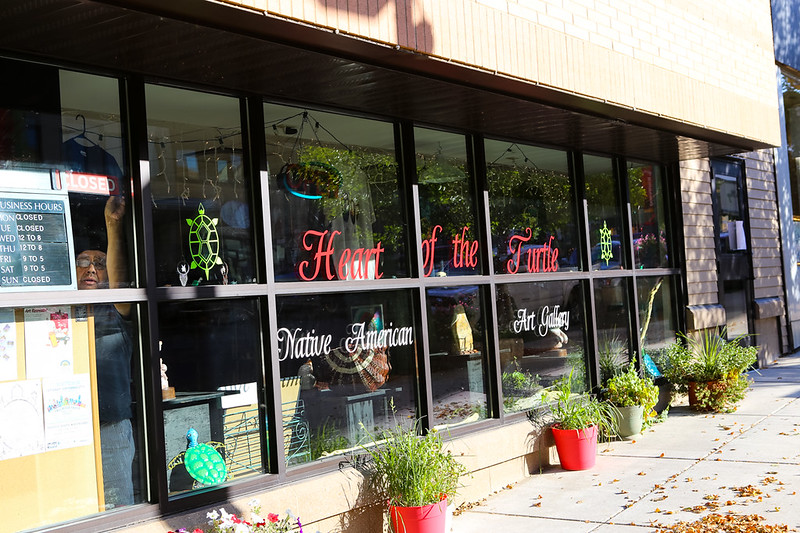 The owner closing up at a downtown Native American gallery. Soon after I took this photo he came out and chatted with me for a minute, mainly to ask, "Who are you with?", He'd seen a lot of photographers that day and never got a chance to ask them. I said I was just with myself and hadn't seen the others, so the mystery continued. 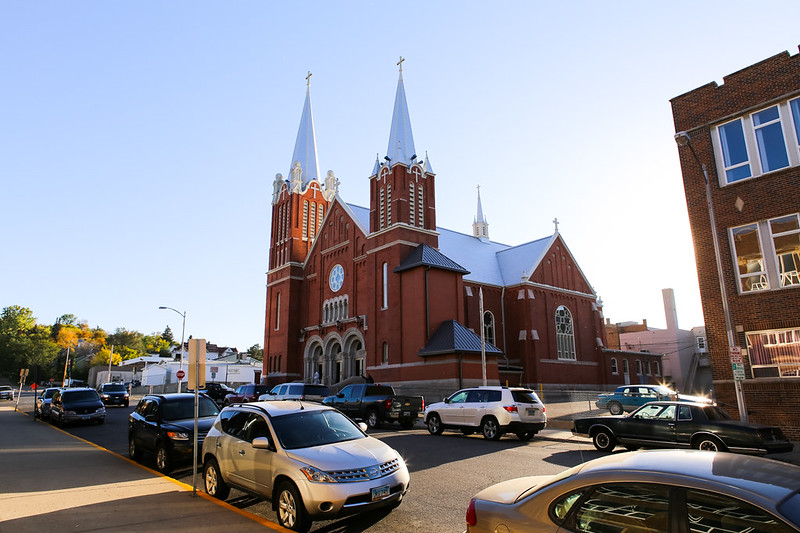 Impressive church, with a large school to go with it across the street. 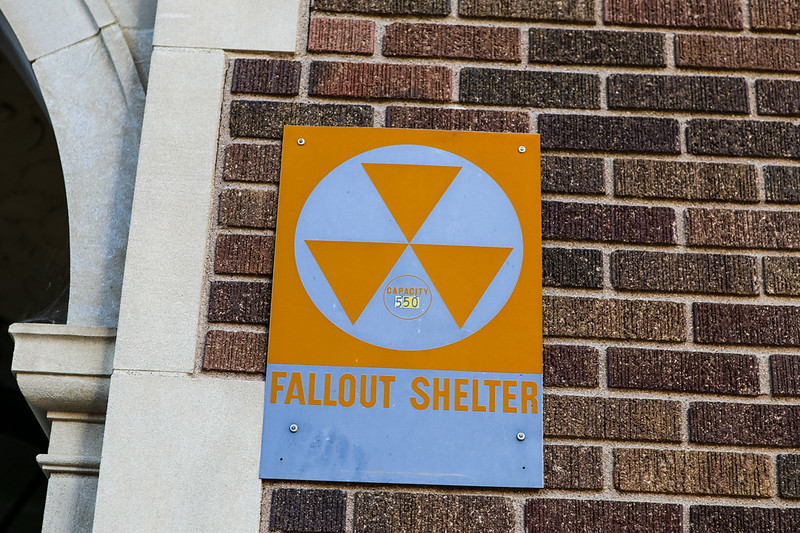 Sign on the school. Noted! But thankfully not necessary during my time in Minot. 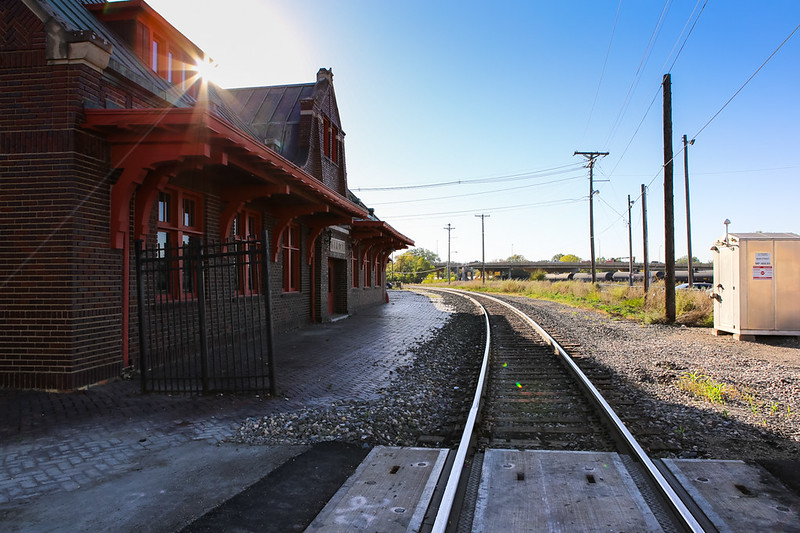 Railroad tracks and old station, now a small museum (closed when I visited). 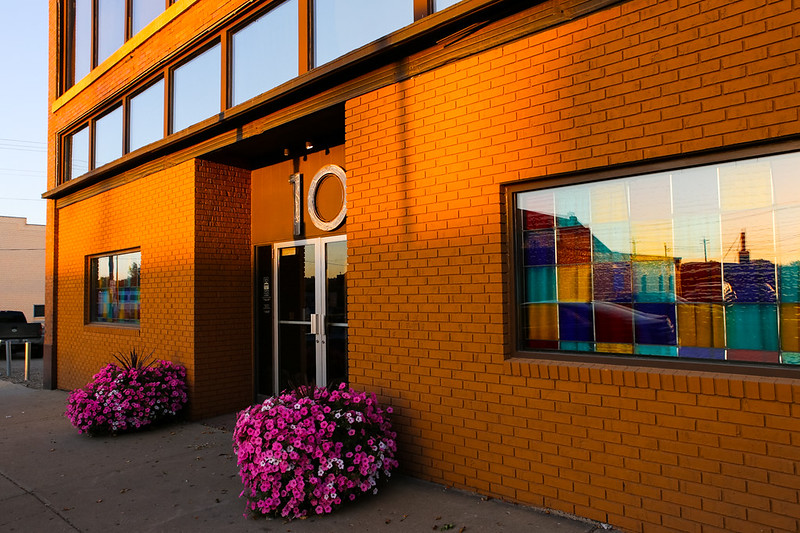 The nicest restaurant in town, called 10. It was founded by Josh Duhamel's childhood friend (thus the aforementioned article framed on the wall). Cool exterior, and it was nice, but not super fancy or impressive on the inside. 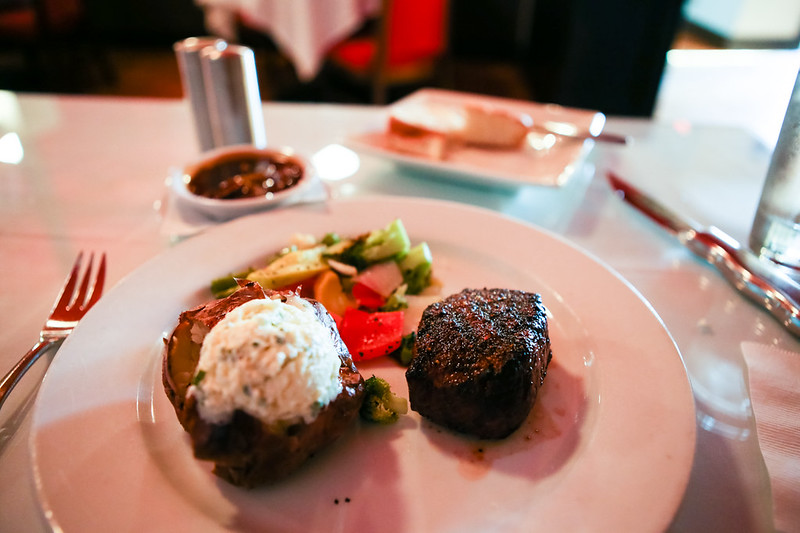 Elk: it's what's for dinner. At least in North Dakota.