The period when Queen Victoria ruled Great Britain and its colonies (1837 to 1901). Victorian styles vary but are generally characterized by a revival of Classical and (especially) Gothic styles; bold patterns; bright colors; elaborate decoration; and an ideological approach to art and architecture.

Refers to the style of artistic production produced in Great Britain and its colonies from 1837 to 1901 during the reign of Queen Victoria. Typically identified with heavy forms, bold patterns, elaborate ornamentation, and bright colors, the Victorian period encompasses a varied range of Classical and revival styles. However, Gothic forms and motifs that were identified as morally and aesthetically superior dominated. 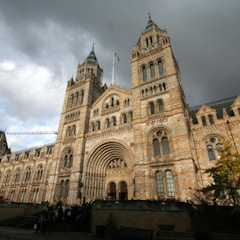