A Day in the Cotswolds: Cirencester, Burford and Bibury

Posted on March 25, 2006 by Holly Hayes
Part of: Graduate School in Oxford

It has taken me almost a week to post this, but we took a little day trip last Sunday to Cirencester, a medium-sized town in the Cotswalds less than an hour's drive from Oxford. Its two attractions are a good Roman museum and a medieval parish church. Here's an interesting factoid we learned: -cester at the end of a British city name indicates that it used to be a Roman city. 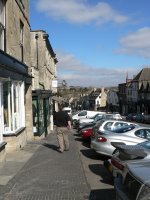 Our route to Cirencester happened to take us through Burford, where we had previously gotten the best brownies in the world. So we made a quick little return visit to Huffkin's Bakery. YUM. That town is so cute, and it was nice to see it on a little sunnier and warmer day than last time (right).

The rest of the drive was through pleasant countryside, and one of the towns we drove through was so quaint and lovely that we stopped and had a look around. It was called Bibury and neither of us had ever heard of it, but it had the cutest English cottages we ever did see, a nice Norman parish church (which was closed but had a neat cemetary out back), and a beautiful little stream with ducks and big trout. 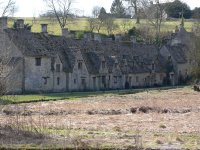 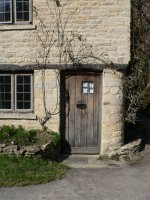 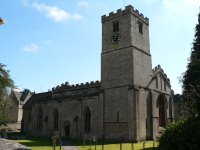 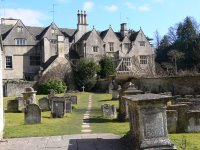 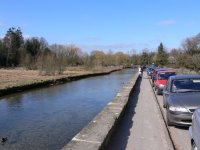 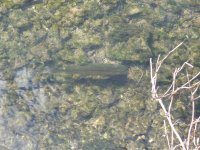 It was then only 7 miles from Bibury to Cirencester, which is more sizeable than the other Cotswald towns we've been to, but still pretty small and cute. 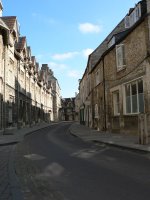 We stopped first at the church, which was quite nice. It was bigger than most non-cathedral churches we've seen, with an impressively carved exterior, several chapels, fancy tombs and the like. 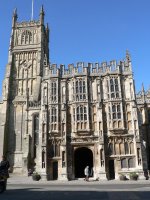 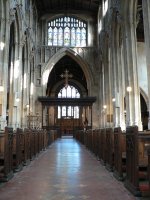 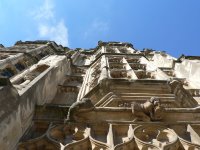 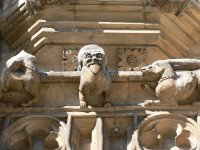 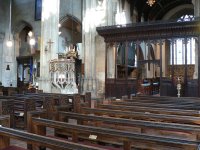 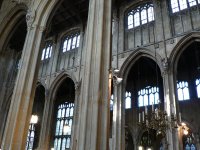 There were some interesting carved sculptures around the church, including this angel with a... cash register? slot machine? And a man with what must be a really bad headache by now.

There was also a wonderful painted stone pulpit and old frescoes on some of the walls, and the church is quite proud of their "Boleyn Cup" which belonged to Anne Boleyn, one of the many unfortunate wives of Henry VIII and also the mother of Elizabeth I. 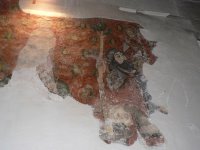 Then on to the museum, which was called the Corinium Museum after the name of the Roman city that used to be here (just as St. Albans was known as Verulamium). Apparently Cirencester was the second largest Roman city in Britain after London and several major roads went through here.

Thus they find Roman stuff anytime they dig in the ground, and they've put it all in a really well-presented museum. The Roman finds are the main focus, but the museum actually tells the history of Cirencester in chronological order from prehistoric times to the 19th century. So we also learned about the Saxons, the medieval abbey that is now gone, and the English civil wars in the 1600s. It was all quite impressive and interesting. 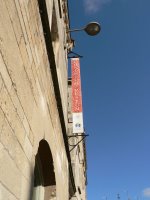 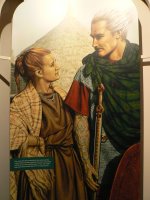 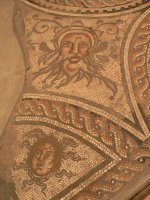 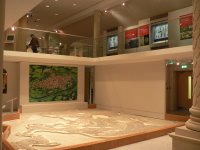 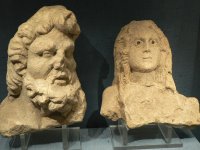 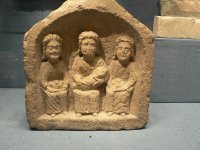 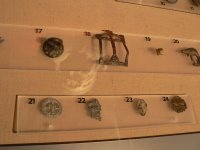 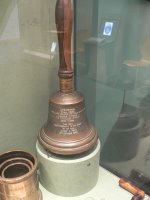 The highlight of the museum for me was an example of the Rotas-Sator word square. I had read about this in one of my books on ancient Christianity and I hadn't realized there was one in Cirencester! 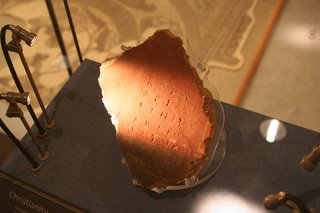 This little carving is intriguing because it dates from the 2nd century and it's possible that it was done by Christians. That would really be something, as there is otherwise no known Christian art or archaeological remains from the 1st or even 2nd century. Examples of this word square have been found also in Pompeii and all the way over in the Middle East.

The reason it might be a Christian thing is that you can rearrange the letters so that "Pater Noster" ("Our Father" in the Lord's Prayer in Latin) is spelled out twice, in the form of a cross no less. Then an A and O would be left over for each cross bar which could represent the Greek letters alpha and omega, another early Christian symbol.

It's all pretty nifty, but sadly it looks like most scholars think it wasn't done by Christians. Back home, I read in my favorite book on such things that "it demands assumptions of a liturgical use of the Lord's Prayer in Latin in the first century, the existence of a Christian community at Pompeii before its destruction (79 CE), the use of the cross this early in Christianity, and the representation of the Greek letters alpha and omega by a Latin A and O." Well, bummer.